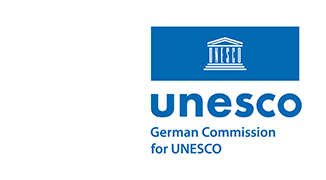 kulturweit is a project of the German Commission for UNESCO, the intermediary organisation for education, science and culture.

UNESCO is the United Nations Educational, Scientific and Cultural Organization. It is a specialised agency of the United Nations and has been advocating peace, safety and the respect for human rights all over the world since 1945. Above all, the UNESCO is a forum for global intellectual cooperation and the appropriate elaboration of international laws. The operational development cooperation merely constitutes a small portion of its work. Today the organisation has 195 member states.

The German Commission for UNESCO acts as Germany’s intermediary organisation for multi-lateral politics in education, culture, science and communication. The Commission advises the Federal Government, the Parliament and all other public bodies in all matters regarding Germany’s membership with the UNESCO.

Doing this, it relies on a network of experts, institutions and associations, and by providing specialist expertise it also reinforces the German voice in the UNESCO. At the same time it mediates UNESCO’s mission and projects to German politics, the scientific community and the public. As part of Germany’s foreign cultural and educational policies, the commission enhances the communication between societies and contributes to the dialogue between people all over the world with its voluntary service kulturweit.

The German UNESCO commission advocates the values stipulated in the UNESCO Constitution. It acts in the belief that: "Peace must therefore be founded, if it is not to fail, upon the intellectual and moral solidarity of mankind". For international cooperation in all branches of intellectual life, beyond cultural and political boundaries, is the foundation of humane globalisation.

The Commission encourages international cooperation in all branches of intellectual life, beyond cultural and political boundaries.

Volunteers experience day-to-day work in an internationally connected political institution of a foreign country during their work with National Commissions for UNESCO. They receive a direct glimpse into the environment of culture, research and education in their host country and get to know the respective political structure. It is quite common for Commissions to be located in ministries. Therefore, in most cases, an excellent knowledge in the respective work language is an essential requirement for the volunteer.

Depending on skills and interests, the volunteers are involved with the everyday work processes in one of the programme branches which are culture, education, science or communication. The concrete areas of responsibility vary, and depend on the topics that are currently relevant in the National Commission. Volunteers assist National Commissions in the administrative sector, public relations or with the organisation of events. They are frequently involved in the design and implementation of projects.Partner Commissions that recruit volunteers are mainly in countries of Africa and in Latin America. Individual Commissions in Asia, the Caribbean and in other regions of the world occasionally employ kulturweit volunteers.